Blood and Haematology are one of the leading health concerns that affect thousands of individuals annually, worldwide. Those suffering from blood and haematology related disorders observe an abnormal functioning of the blood cells that leads to the overall health of the individual worsening.

Any disorder of the blood that involves erythrocytes or the red blood cells, leukocytes or white blood cells, thrombocytes or platelets or even the tissues that assist in the formation of the elements such as the bone marrow, lymph nodes and spleen – including bleeding and blood clotting is known as a blood disorder.

What are Blood Cell Disorders?

Three main elements of the blood are impacted by blood cell disorders, namely,
• Erythrocytes or the red blood cells whose primary function is to carry oxygen to the tissues in the body
• Leukocytes or white blood cells that help the body to fight infections
• Thrombocytes or platelets that assist in blood clotting
The plasma which is the liquid portion of the blood may also be affected by blood disorders.
However, therapy and prognosis will largely vary depending on the type and severity of the blood disorder.

Blood Disorders Affecting Red Blood Cells:
When the red blood cells are affected in the blood it impacts their functioning of carrying oxygen from the lungs to the remaining parts of the body. There are several types of red blood cell related blood conditions that affect both adults and children.

Anaemia is a type of blood disorder of the red blood cell where the body lacks mineral iron in the bloodstream. This iron is essential as it helps the body produce the protein called haemoglobin which in turn carries the oxygen from the lungs to the rest of the body.

There are many types of anaemia including,

A group of inherited blood disorders, Thalassemia is typical the result of genetic mutations that limit the required quantities of haemoglobin production in the body. Thus, oxygen cannot be transported to all parts of the body leading to organ malfunction. Thalassemia may result in the possible:

Polycythaemia Vera is a type of blood cancer which occurs due to the gene mutation. The bone marrow generates more red blood cells than required that results in the thickening of the blood, thus, slowing down its flow, putting the patient at risk of blood clotting. This may result in heart attacks or strokes.

Lymphoma is a type of blood cancer that develops in the lymphatic system of the body making the white blood cells transform, expand and uncontrollable. There are two types of lymphoma, namely,

Leukaemia is also a form of blood cancer where the cancerous white blood cells tend to multiply inside the body’s bone marrow. Leukaemia, if chronic progresses slowly. The other form of leukaemia is acute.

Myelodysplastic syndrome (MDS) impacts the white blood cells present in the bone marrow. Blasts, that are basically immature cells are generated in large numbers which again keep multiplying and end up crowding the mature and healthy cells in the body. The condition may advance either slowly or quickly and may sometimes lead to leukaemia too.

Being the first responders particularly during an injury or a cut, blood platelets gather around the site, producing a temporary plug that stops blood loss. In the case of a platelet disorder, there may be three types of abnormalities present in the blood:
• Not enough platelets that can cause serious blood loss even in the case of minor injuries
• Too many platelets that may lead to blood clot formation and even block a major artery resulting in a heart attack or a stroke
•  Platelets that do not clot properly are known as deformed platelets. Unable to stick to the blood cells or the blood vessels and no proper clotting, this condition may lead to severe blood loss
Disorders resulting from platelets are usually genetic. The types of conditions include:
• Von Willebrand disease is probably the most common platelet-related blood disorder that is inherited.  The primary cause is due to a deficiency of a particular protein that triggers blood clotting. This is known as the von Willebrand factor (VWF).

• Haemophilia is the most well-known blood clotting disorder that develops in males. Complications include extreme and continued bleeding either an insider or outside the body that can start without any apparent reason.

• Primary thrombocythemia leads to extensive blood clotting even though it’s a rare condition, increasing the possibilities of a stroke or a heart attack. This condition develops when there are too many platelets being produced by the bone marrow.

Acquired platelet function disorders are caused by specific drugs and medical conditions. Drugs may include:

The signs and symptoms of blood disorders will be largely dependent on the type of blood cell condition.
The more common symptoms involving red blood cell disorders include:

General symptoms of platelet disorders are:

In order to diagnose the type of blood disorder, your healthcare provider may recommend the following diagnostic screenings:
• Complete blood count or a CBC that checks the see the quantity of each type of blood cell in the body
• Bone marrow biopsy looks for the presence of any abnormal cells developing in the marrow

The type and cause of the blood disorder, the patient’s age and their overall health condition with determining the treatment plant. Most healthcare providers tend to use a combination of treatment methods that are directed toward a swift patient recovery process.

Medications are prescribed that is targeted towards stimulating the bone marrow to generate more platelets in case of a platelet-related blood disorder. For those patients suffering from white blood cell conditions, specific antibiotics are prescribed that can ward off infections. Vitamin B-9 and B-12 are dietary supplements that may be recommended in order to treat anaemia caused by deficiencies.

Surgery such as bone marrow transplants is especially useful when it is essential to repair or replace the damaged bone marrow. Typically, stem cells from a donor are transplanted to the patient’s body that in due course of time are able to generate normal blood cells. An alternative to transplant is a blood transfusion from a healthy blood donor is also able to replace lost or impaired blood cells.

Bone marrow transplant requires a match between the patient’s genetic profile and the donor in order to proceed with ahead. In the case of blood transfusions, there must be a compatible blood type established between the donor and the patient.

Diagnosing and treating patients who are experiencing conditions affecting the blood and the bone marrow is known as haematology. It is a branch of medicine that is responsible for the management of a wide array of benign and malignant disorders of the red and white blood cells, platelets and the coagulation system in adults and children.
A critical component of a haematologist’s time is dedicated to extending clinical care to patients directly and diagnosing conditions in the laboratory. Working closely with General Physicians, specialists and nurses, haematologists also advise colleagues in the hospital towards methods of providing primary care to the patient.

The Department of Blood Disorders and Haematology at Fortis Chennai is a respected and leading medical facility in the city, well known for its accuracy of diagnosis and effective management of several types of blood disorders. Haematology experts at Fortis Chennai are nationally recognised in the field of blood disorders who work in collaboration with teams of experts from virtually every medical and surgical specialities such as physicians, hematopathologists, radiation oncologists, nurse practitioners, and other care providers. Together, in consultation, the expert team follows a treatment approach attuned to the unique characteristics of each disease and to accommodate your individual needs as a patient.

At Fortis Chennai, our specialists are constantly at the forefront of cutting-edge research that improves diagnosis and treatment methodologies. Over the last several years, the department has laid due focus on the treatment of blood diseases and speciality care of adults and children with blood disorders, including types of cancers of the blood and bone marrow.

With a multi-disciplinary approach, the Department of Blood Disorder and Haematology at Fortis Chennai has a dedicated team that who enhance and optimize patient care all resulting in better treatment outcomes and a quality experience for patients in the city.

The type and cause of the blood disorder, the patient’s age and their overall health condition with determining the treatment plant. Most healthcare providers tend to use a combination of treatment methods that are directed toward a swift patient recovery process. 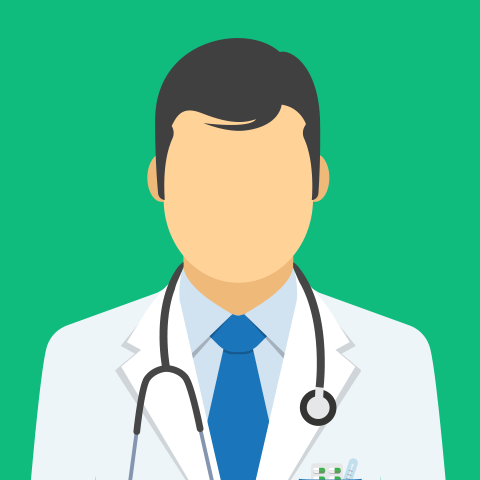